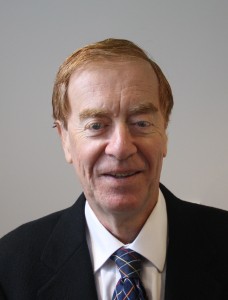 Roger Selby is a former partner in a large law firm and corporate solicitor and finance company executive who served for 10 years in the Royal Australian Navy Reserve, including as Executive Officer and Navigating Officer on Attack Class Patrol Boats. For ten years he was the Honorary Secretary of the Zionist Federation of Australia and also the Honorary Secretary of Cremorne Synagogue.

Roger is the son of the late Lt Col CH (Tom Selby) a former member of NAJEX who served in the 6th Division, 2nd Australian Imperial Force. Monica Kleinman is a psychologist in a specialist private practice treating traumatic exposure. She spent 27 years as an officer of the Australian Army Psychology Corps, retiring in August 2013 after five years as a Staff Officer at HQ Forces Command at Victoria Barracks Sydney.

She has been clinical director of critical incident response programs in several of NSW’s emergency services, retiring from that role in June 2013. After retiring from uniformed service, Monica worked as a Director of Psychological Services on the Federal Government’s Defence Abuse Response Taskforce and now works as a contracted psychologist in Garrison Health. 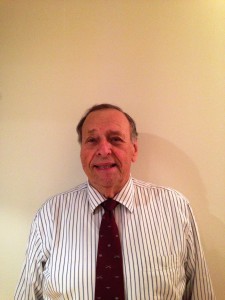 Norm Symon RFD ED joined the Australian Army as a National Serviceman in 1954 and retired with the rank of Major in 1981. Most of his service was with the Tactical Air Support Signal Squadron and his posts included Officer Commanding 142 Signal Squadron (Task Force) and Staff officer 2 (Operations) Headquarters Communications Zone. Norm saw service in South Vietnam and was selected to participate in training exercises in Papua New Guinea and throughout Australia.

Norm is a committee member of several charitable and Masonic institutions, a former councillor of the Royal United Services Institute of New South Wales and a member of the Board of the Jewish War Memorial.

Norm is the managing director of a company that supplies products to the defence, law enforcement and emergency service sectors.

Charles is a retired antique and fine arts dealer, having been President of The NSW and The Australian Antique and Art Dealers’ Association for a period of 18 years. He was chairman of The Australian Bureau of Customs Antique Verification Panel from 1976 to 2002.

As a National Serviceman, he was commissioned in the Army Reserve in 1971 and served with 19 Bn and 17 Bn.

In 2020, Charles was awarded an OAM for service to the Jewish Community. 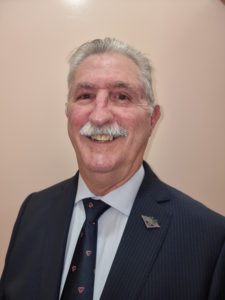 Jon Green was a Primary school teacher, High school Mathematics teacher and Head Teacher for almost 38 years before retiring in July 2013. Currently he is a Civil Marriage Celebrant, having been appointed in 1995. He has also been a Justice of the Peace since 1983.

Jon served in the Australian Army Reserve for almost 38 years, first as a soldier in 1981 and after completing OCTU was Commissioned into the Royal Australian Artillery in 1986, Corps transferring to Pay Corps in 2000. He has served in a variety of Regimental and staff roles in both Corps.

He was deployed as the Financial Advisor to the Commander JTF 633 in Baghdad in 2005 and upon his return held sub-unit command in 2005-2006, then served at HQ 2nd Division and the Army Compliance and Assurance Agency.

His final posting before retiring at the end of 2018, was at the Career Advisory Group – Eastern Region at Victoria Barracks Sydney as the SO2 Soldier Career Management and as an Officer Career Advisor. He is active on the 30th NSW Scottish Bn committee; the Reserve Forces Association and has been a committee member of the NSW Boer War Association. He is currently serving on a number of committees associated with community development and local council.

Professionally, Harvey held senior management positions in multinational companies across a broad-spectrum of industries developing people and organisations with a focus on marketing, leadership and communication and later as a consultant and public speaker. His consultancy is still active. 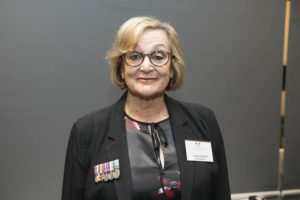 Lesley Barold is the daughter of Alan Katel, who was a soldier in the ADF
and who served in Papua-New Guinea during World War Two. She was born in Perth where she worked as a secretary to Sir Charles Court (MP and then Premier of WA).
Lesley moved to Sydney after her marriage in 1969 and was a medical
secretary to a surgeon at Prince of Wales Hospital before travelling to
the United Kingdom where she again worked as a medical secretary until
her return to Sydney in 1974. She then worked as a Beauty and Aroma Therapist until she retired after 25 years.
During the early 1980s Lesley was co-convener of the Netzer Youth Movement
for which she was recognized being a recipient of the Temple Emanuel 50
Year Celebratory Medal. Between 1990 and 2002 she was a Bereavement Counsellor with CHESSED the Jewish Bereavement Counselling Group. More recently, since 2013, Lesley  has been a member of the Sydney Jewish Museum Public Programs Committee. 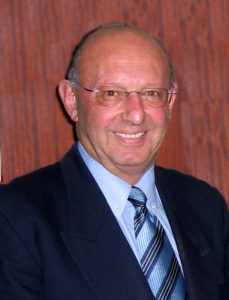 Dr Keith Shilkin AM, as the first President of FAJEX from Western Australia, has joined NAJEX and VAJEX, also retaining membership of WAJEX. He was an Army National Serviceman of the 1/57 intake at Campbell Barracks and then in the WA University Regiment. Later he served in the RANR as Surgeon Lieutenant, based at HMAS Leeuwin from 1966.

Keith’s pathology career took him overseas and after returning to Perth he eventually became CEO of the WA Centre for Pathology and Medical Research. He was sometime President of the AMA (WA Branch) and of the Australasian Division of the International Academy of Pathology.

In the Jewish community he was at various times on the Boards of Jewish Welfare, Carmel School, the Historical Society, the Perth Hebrew Congregation-as Hon Secretary, and President of the Jewish Community Council of WA 2005-9.