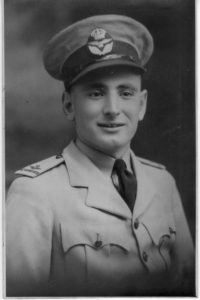 Alan Kaufman Milston was born in Sydney 24 October 1922. He studied Civil Engineering at Sydney University and when his final exams were completed in September 1943, he immediately enlisted in the RAAF.

He went to officer training school in Melbourne and was then sent to New Guinea and Borneo to assist in the design of airfields. He returned to Australia one day after the end of the war.

In 1947 Alan married Marcia Apte and they had three children and seven grandchildren. With his two engineering partners, he formed one of Australia’s leading consulting structural engineering firms.

For his contributions to engineering and charitable causes he was awarded an OAM in 2004.

Below is a description of his service written by Alan.

In March 1944 I found myself in New Guinea with an outfit called 13 Survey & Design Company. At that stage the Northern part of New Guinea was still occupied by the Japanese; Port Moresby, which is on the Southern side, was never conquered. The Japanese had tried to come over the Owen Stanley Ranges but had been beaten back along the Kokoda Track. When I got there I was stationed at Nabzab, which is near the city of Lae. This area was controlled by the allies but the town of Aitape was still held by the Japanese. In April 1944 the Australian and American forces landed at Aitape – the Japanese had no support or functioning air force so it was easily taken, and that was my next station. 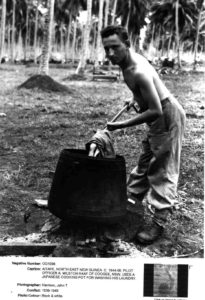 Aitape is of particular interest to me now as just a few years ago I discovered a photo of myself on the internet. This photo was taken in June 1944 and showed me just wearing trousers – everyday of the year was summer there – there was an old Japanese cooking pot and I was using it to do my washing. A professional Air Force photographer took this but for 60 years I had no idea this had been recorded.

The next month we moved from Aitape to the island of Noemfoor where I spent the following 6 months.

Compared to my brother I had quite an easy war. Firstly I had the benefits of being an officer and secondly by the time I arrived the Japanese were already well in retreat. The nearest I came to fighting was hearing some distant Japanese bombing raids.

In Nabzab there were only Australians, but in Aitape, Noemfoor and all the other places there were many Americans and where you have Americans you will have Jews, and where you have Jews there will be Friday night services. Being an officer I had access to a Jeep when off duty so I regularly went to the services. On occasion there were a couple of other Australians but typically about 30 Americans and myself. Often, immediately after the services, the Americans would come over to me and ask “Do you speak Yiddish?”- and the reason was they wanted to hear Yiddish spoken with an Australian accent.

I spent Rosh Hashana and Yom Kippur 1944 on Noemfoor. There was no Jewish Chaplain on the island but there were about 70 American Jews and 5 Australian Jews, one of whom was Wesley Browne. I attended a morning service on Rosh Hashana and morning and afternoon services on Yom Kippur. The services were conducted by an American Jewish soldier.

On Biak there was an American Jewish chaplain, a Liberal Rabbi. A few weeks before Pesach 1945 he announced that a Seder Night service would be held on Wednesday March 28th. He expected that about 200 would attend, however 800 servicemen stated they wished to come to the Seder service. Many had never attended a Seder previously but they did know there would be plenty of wine and a good dinner.

By June 1945 I was in Labuan, an island off the West coast of Borneo, and it was clear the war would be over soon. Eighteen months service overseas was required and in my case this expired on the day before the war officially ended. I went to the airport and arrived back in Australia the day after the war ended. Of course the day the war ended was a day of huge celebration but the day I returned everyone had a bit of a hangover. 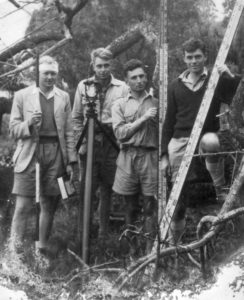 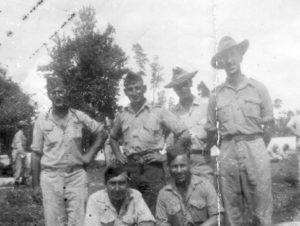