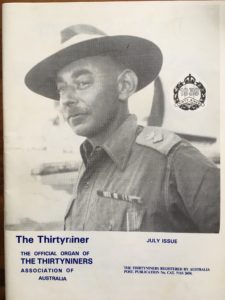 Lieutenant Colonel Clive Herbert (Tom) Selby, NX 22, was RMO of 2/1 Battalion 2nd AIF, three times Mentioned in Dispatches and was the RSL’s Anzac of the Year in 1983. Each of his four siblings served as officers in WWII.

Tom Selby was born in Elsternwick in 1908 and after the family relocated to Sydney, he attended Gordon Public School and then Sydney Church of England Grammar School before going on to study Medicine at the University of Sydney. During his holidays he enjoyed the rigours of working on horseback on a two hundred square mile cattle station near Goondiwindi in Queensland, an experience which would serve him well in later life in the AIF.

After completion of his training at Sydney Hospital in 1934 he accepted an appointment as ships surgeon on the SS Changte for a return trip to Hong Kong and then on the day it returned to Sydney, he signed up for a similar position on the Burns Philip owned SS Montoro which took him to Papua New Guinea and New Britain. There at the time when PNG was one of the busiest civil aviation centres in the world, he was able to visit areas where few caucasians had been.

In order to travel to England, he then took another position as ships surgeon on the Swedish American ship Parakoola and stayed in England for three years, working at various hospitals. During that period he obtained his Pilot’s Licence in a Gypsy Moth bi-plane and much later was very proud of his membership of the Early Birds Association, a society of Australians who had piloted aircraft before WWII.

While travelling from England to Europe in 1937, he saw for himself the threat Germany was posing to world peace and even reported to the authorities back in London the concealed aircraft factories that he had noticed there.

Tom had been a sergeant in his school’s cadet unit and a corporal in the Sydney University Scouts, (later to become Sydney University Regiment). Soon after his return to Australia in 1938, he became the RMO 19 Bn, City of Sydney Regiment. When war was declared, he enlisted immediately, hence his extraordinarily low service number, NX 22.

Tom Selby became the RMO of 2/1 Bn AIF and served in Bardia, Tobruk, Greece and Crete. He wrote eloquent letters of his battle experience and one about the attack on the Italian stronghold of Bardia, Libya is quoted at length in Mark Dapin’s book, Jewish Anzacs.

He was Deputy Assistant Director of Medical Services (DADMS) and a Lecturer at the Officers Training School in Latrun in what was then Palestine and then DADMS 6 Division AIF Ceylon.

After his return to Australia, he received a posting to Milne Bay, PNG, where he served as DADMS Combined Operational Service Command. This was a position that required him to establish good relations and to coordinate with US forces and he was very successful in achieving this at a time when there were many tensions between Australian and US forces in this theatre of war.

In Milne Bay Tom Selby was Malaria Control Officer at a time when losses through malaria were higher than losses from enemy action. As a result medical officers were invested with authority they had never had previously in military hierarchies, in order to prevent the fighting forces from collapsing due to this debilitating tropical disease. Documents obtained through the Freedom of Information Act revealed that Tom Selby had been recommended for a DSO, but that this had been reduced by Sir Thomas Blamey to MID. Tom ruefully noted that this was almost certainly because during a visit by Sir Thomas Blamey, Tom had asked him to support the anti-malaria campaign by rolling down his shirt sleeves and not to set a bad example for the troops. Sir Thomas was affronted by this medical officer, whom he regarded as a “bolshie colonel”.

During the Wewak campaign, Tom Selby was CO of the 2/7 Field Ambulance and in the course of this, his unit established 50-bed dressing stations as close as 1.5 km from the frontline, thus enabling the wounded to receive medical attention very quickly.

After the war Tom Selby practised as a general practitioner in Neutral Bay for 28 years, after which he served on Repatriation Commission assessment and entitlement tribunals and as an examining doctor with the Defence Force Recruiting Centre.

Also in the post-war years he became involved in Civil Defence at a time when, because of the cold war, that was being taken very seriously. He became the Civil Defence Controller for North Sydney.

He was the Chairman of Mosman Lane Cove Legacy and chaired the Sydney Legacy pensions committee and also served on various not-for-profit boards, including the Corps of Commissionaires, and Montefiore Home. 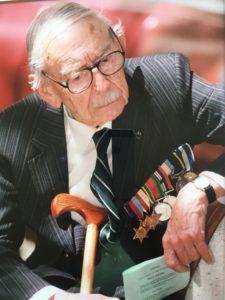 Tom was a member of several ex-service organisations, including NAJEX and in 1983 was the RSL Anzac of the Year. This was in recognition of the important role he had played in having Vietnam veterans given a place of prominence in the annual Sydney Anzac Day march and of his role in campaigning to modernize the image and purpose of Anzac Day, in order to make it more appealing to young people (at a time when Anzac Day was being criticized as being anachronistic).

As President of the NSW Sixth Division Association, Tom organized gifts of hundreds of books to schools in Greece and New Guinea in order to demonstrate that the Australian soldiers had not forgotten the kindness shown to them by the peoples in those countries, often at the risk of their lives.

Tom also loved farming and bought a small farm at Cootamundra where his wife Zara had grown up. He took great pleasure in classical music, yachting, tennis and in his younger days had been an accomplished hockey player and equestrian.

He also delighted in his honorary membership of the Cretan Society and he and Zara often attended their rollicking events, as well as their commemorations of the 1941 Cretan campaign. Indeed Tom maintained personal contact with some of the Cretan villagers who had assisted the Australians as they fought ferociously to defend the island from German airborne forces. Ultimately the defence was unsuccessful, but the German losses of trained men and materiel were factors in Germany’s subsequent defeat in Russia.

Tom had three children and two grandchildren. He passed away one afternoon in July 1996, after having attended the annual memorial service for the Battle of Pozieres that morning.