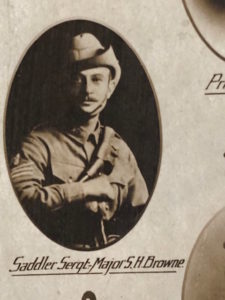 Sylvester Henry Browne was one of the first civilians to volunteer for active duty in 1914. He enlisted on 22nd August; his service number was 56 and he was involved in action at Gallipoli and in the Middle East including the Beersheba campaign.

An excellent horseman, Sylvester had been a reservist with the Light Horse, not surprisingly therefore, after he signed up, he was dispatched to Roseberry Park in the Upper Hunter to join the 1st Light Horse Regiment. His pay as a saddler sergeant was 11 shillings and 6 pence a day – more than double that of his British counterparts.

Sylvester was born in Brisbane in 1889 and by 1914 the family was living in Croydon, Sydney.  Three of his four brothers – Louis, Charles, and Roy also volunteered for the AIF. 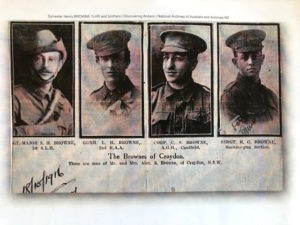 The Brownes of Croydon

Sylvester, a commercial traveller, was just two months short of his 27th birthday when he enlisted and the documents describe him as 5 feet, 5 and a half inches tall, 10 stone 2 lbs, with blue eyes, dark brown hair, a fresh complexion and Jewish.

At the time of enlistment he had a sweetheart –  Esther Julia Solomon. Immediately after signing up, he proposed to Essie. Her answer was simple. She said that she had no desire to be a widow, but if he came home alive then she would marry him. 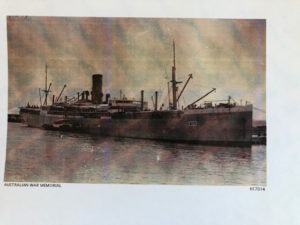 After just two months of training, Sylvester’s Regiment embarked from Sydney on the 19th October aboard HMAT Star of Victoria, arriving in Egypt in December.

Sylvester landed at Gallipoli on the 12th May 1915 – about two and a half weeks after the initial force. Used mostly for defence, his regiment was brought into the attack only once, on 7th August 1915 with an assault on a Turkish position known as “The Chessboard”. The tragic result saw 147 casualties, injured and dead, from a force of 200 men.

Perhaps because Sylvester’s regiment was defensive, it was amongst the last withdrawn from Gallipoli in late December 1915.

Back in Egypt and reunited with their horses, Sylvester’s 1st Light Horse Regiment joined the ANZAC Mounted Division protecting the Nile Valley and by May 1916, they were defending the Suez Canal leading to the Battle of Romani in early August. 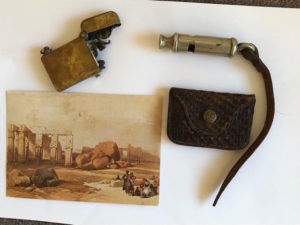 Paul Daley described the conditions in his Beersheba Book:

“It was summer in the Sinai. The horses and camels could cope with the brackish water from the oases. But there was never enough; each man was rationed just 1 quart of poor-quality water a day as the temperatures pushed into the forties and desert windstorms … blinded the men and enveloped their camps.”

The strategy used by the ANZACs in the battle for Romani was highly effective – they rode onto tactical ground and once dismounted, operated as infantry.

But the combat was bloody – described by Daley as:

‘… one of the toughest and most viciously fought hand-to-hand battles … of the entire desert campaign.’

During this campaign the German led Ottoman Army suffered about 9,000 dead and wounded, whilst the combined Allied casualties were some 1200 – more than half were Australian. Sylvester was amongst the injured, transferred to hospital at Kantara. Nor was this the only time that Sylvester was hospitalised after encountering the enemy. Whilst recovering from wounds he was found to also be suffering from lead poisoning.

The Battle of Romani was considered Britain’s first major victory of the War and it ended German plans to disrupt traffic through the Suez Canal.

Within six weeks of being injured, Sylvester was back on active duty with the 1st Light Horse Regiment – part of the Allied advance across Sinai including further bloody engagements at Magdhaba and then Rafa.

Where possible the men were given leave – as much to heal the soul as the body. Sylvester celebrated a Seder in Palestine. The Sydney Hebrew Standard later published his account of the festivities which he had written in a letter to his parents. These are just  extracts:

‘I had a most wonderful Pessach, … There were about two hundred English Jewish soldiers, two French, four from South Africa and two Australians … We sang “God Save the King” and the Hebrew National Anthem … and then Seder, and such a Seder. Everything was of the best, and great credit is due to these wonderful people, as there were no foodstuffs there, everything had to be brought from Egypt … they held sports … There was a mixed football match, and all played together … they did everything they could to please and interest us … I have learnt many things about our religion that I didn’t know before…’ 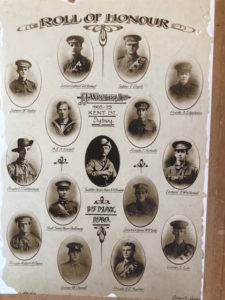 Before Beersheba could be taken – the main fortification on a hill to the east, Tel el Saba, had to be neutralised. After riding some 50 kilometres through the night, Sylvester as part of the ANZAC Mounted Division joined the NZ Mounted Rifles to attack from the north with the Light Horse from the south – both under heavy machine gun fire. Six hours later the town fell to the Allies – but things were far from quiet – Ottoman bombs peppered the allied forces from the air. As one Ambulance Field officer reported: ‘blood [was] running everywhere’.

With Tel el Saba captured, the attack on Beersheba was ordered. The men of Sylvester’s ANZAC Mounted division were given 45 minutes to rest themselves and their horses – before being told to saddle up ‘at once.’

Four days after the Armistice, on the 15th November 1918 Sylvester was repatriated from Suez to Sydney. He and Essie married a year later. 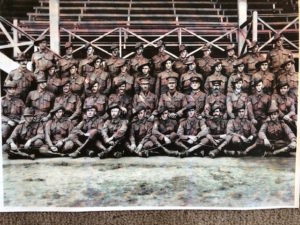 Written by Sylvester Browne’s grand-daughter, Sarah Goldman for an address she gave at the NAJEX Remembrance Day commemoration in 2019.